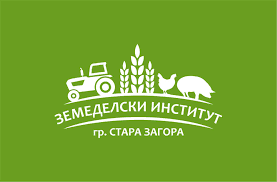 Agricultural Institute – Stara Zagora is located in Central Southern Bulgaria, 8 km southeast of Stara Zagora. It originates from the Livestock Depot near Stara Zagora, established in 1898. It is the successor of the first institute of animal husbandry, established by a decree of Tsar Boris III from 16.02.1942. We can say that this is the beginning of animal science in Bulgaria.
In its centuries-old history, the Institute and its associates have made significant scientific and social contributions in the field of breed formation and maintenance of the genetic structure in the field of cattle, sheep, and poultry. The result of the activity and efforts of the scientific team in the institute is the creation and improvement of the Bulgarian brown, black-and-white cattle, the Thracian thin-wool, and Synthetic dairy breeds of sheep, for which the Institute is the owner of certificates.
A research team from the Agricultural Institute developed and implemented in the 1990 system for assessment of the genetic value of cows and bulls from the national population on the productive and linear-descriptive traits, according to the methodological achievements in the countries with developed cattle breeding. Due to this, the breeding estimates obtained in our country are comparable to those of the countries with developed animal husbandry. Since 1996 Bulgaria is a member of INTERBULL and ICAR with a significant contribution of the research associates of the Institute.