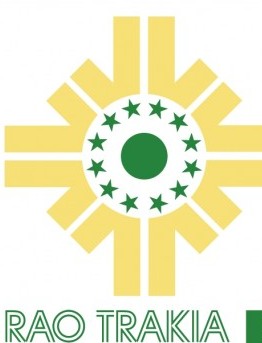 The regional association of municipalities "Trakia" was established on July 30, 1997 as an independent voluntary non governmental organization. Today RAM “Trakia” is one of the biggest by territory and population regional association of municipalities in Bulgaria.
The members: today 26 municipalities from 7 regions are members of the association - Aitos, Asenovgrad, Bolyarovo, Bratya Daskalovi, Brezovo, Galabovo, Dzhebel, Elhovo, Karlovo, Karnobat, Krichim, Krumovgrad, Kuklen, Opan, Pavel banya, Parvomay, Rodopi, Sadovo, Sliven, Sozopol, Sredets, Sungurlare, Tvarditsa, Topolovgrad, Tundzha and Chirpan.
The Union of Thracian societies in Bulgaria is an associated member of the Regional association of municipalities “Trakia”.
Our mission is to take an active part in:
• Improving the local self-government and the legal framework of the local authorities;
• Increasing the efficiency and the transparency of the activities of the municipalities in implementing their individual and collective responsibilities and creating opportunities for a wide citizen participation in the local self-government;
• Economical development of the region.
Our objectives:
• Representation and defense of the member interests before the central authorities and their regional structures, before Bulgarian and foreign public organizations and other institutions for civil society development through support and assistance for a strong and open at the citizens local self-government;