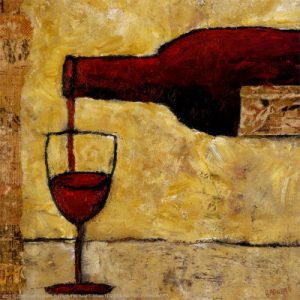 In 1819, the Irish physicist Samuel Black discovered that the French were less at risk of cardiovascular disease, although they consumed high-fat foods. The “French paradox” gained popularity in 1991 from the pages of “60 minutes” magazine, due to which the consumption of wine in the United States increased by 44%. Wine is beginning to be seen as a medicine, not a toxin. The truth is that it is, perhaps, the oldest medicine known to mankind. Archaeological excavations on the territory of today’s Georgia and Iran give us reason to believe that wine production dates from 5000 – 6000 BC. The evidence for its production in 3,000 BC is also serious. in the Middle East – Sumer and Egypt. The first wine in Europe was made in Greece 6500 years ago.

And here again we come to the issue related to Bulgaria. What is our place in the world history of wine? Or more precisely – since when are vineyards grown and wine produced in our lands? It is a well-known fact that Bulgaria has great traditions in wine production and no matter how much the Americans tell us through their film “Detours” that they are number one even in wine production, we can safely say that ours is better. Wine is one of the symbols of our country. And this, of course, has nothing to do with the coincidence or the love of the Bulgarian for the cup. Our heritage is such that we cannot reject the vineyards lightly. As far back as 5,000 years ago, wine was produced on the territory of today’s Bulgaria. The beginning of its production, as well as a number of other activities in these lands, was set by the Thracians. The first vines were brought by them from the Middle East to the territory of today’s Southern Bulgaria. Initially, wine was produced along the Maritsa River and around the seaports. These regions still have some of the strongest traditions in the creation of the divine drink.

The Thracians are considered one of the best winemakers in antiquity. Many of the assumptions about who started winemaking are related to them. In his book Ancient Wine, Patrick McGovern supports theses through mythology. Semele is a Thracian-Phrygian deity, mother of Dionysus. The name is associated with the Phrygian Land “Mother Earth” and the Old Bulgarian Land. In one version of the story of Semele, a Phrygian goddess of the underworld becomes pregnant by Zeus. 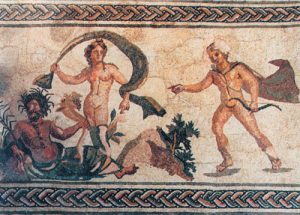 Hera, the queen of the go

ds and wife of Zeus, summons representatives of a Thracian tribe to snatch the baby from her womb and burn it. Vineyards grew from the ashes. There are other myths and legends that direct our thoughts to the Thracians. According to Homer, the most popular wine was the fragrant and heavy wine of Maroneia, a city in what was then Thrace, which Odysseus used to anesthetize the Cyclops before sticking a spear in Ogreto’s eye. By the way, Maroneia is one of the cities liberated by Captain Petko Voyvoda, declared a republic and ruled freely for three months. Another Thracian legend tells of Orestes and his dog Sirius. According to her, the dog in a miraculous way (I would say even too miraculous, even perverse) gives birth to a piece of wood, which Orestes buries in the ground and the next spring the first vineyard sprouts from it. This same Orestes is the son of Deucalion, which is something like the ancient Greek version of Noah. Noah, of course, according to the Bible, was the first “winemaker.” There are many coincidences and no doubt there are hundreds more, but that is not the goal. All this aims to show that wine invariably accompanies the history of mankind, and is an integral part of the history of the Bulgarian lands.

The Thracians cult wine and the most striking example of this is Dionysus. Archaeologists continue to search for his temple, which many believe is located in the Rhodopes, and there are supporters of the thesis that it is located somewhere in the Balkan Mountains. One of the most common opinions is that it is located in Perperikon. The Thracians had a well-developed viticulture, and the Slavs and Proto-Bulgarians continued the highly developed tradition when they came to the Balkan Peninsula. After the imposition of Christianity completely normal and the cult of Dionysus subsided, the holiday became Christianized, and Saint Tryphon and the ritual practices of Tryphon Zarezan bear many of the characteristics of the cult of Dionysus – pouring wine, choosing a king. Even the days of celebrations on the two holidays are almost the same. During the Middle Ages, the church, as well as throughout Europe, takes winemaking under its auspices. Much of the vineyards in Europe were owned by the Church. Normal, given the fact that wine is one of the means of mass control, and a high-turnover commodity. Thanks to the church, however, wine production in the Bulgarian lands is improving.

During the Ottoman rule, difficult times came for winemaking. It was banned in medieval Islamic culture. Bulgarians continue to produce and drink wine, but the next heavy blow comes with phylloxera. 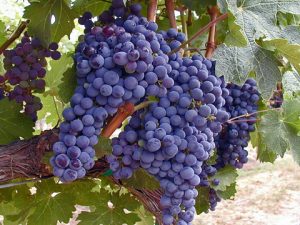 The vine disease is destroying many vineyards in Europe, a number of local varieties are disappearing. However, this also has a beneficial effect. Only the most suitable varieties survive, many of the old vineyards are uprooted, new ways of cultivating the land are found. Phylloxera is scarce on the Balkan Peninsula, but the transformation to new vineyards is slowing down considerably.

Traditions survive, from the 50s of the 20th century many foreign grape varieties began to be imported to Bulgaria, and in 1966 Bulgaria was the sixth largest exporter of wine in the world. Since the 80’s, 80% of the wine produced in Bulgaria is exported, which is a kind of peak in its exports. Currently, Bulgaria produces high quality wines from the local grape varieties Mavrud, Melnik, Gamza, Pamid, Dimyat, as well as the widespread imported varieties Merlot, Chardonnay, Cabernet Sauvignon, Traminer and others. There are five main wine-producing regions and they are: the Danube plain, the Thracian lowland, the Black Sea region, the Rose Valley and the Struma Valley.

Wine is not just a low-alcohol beverage intended for fast drinking and consumption of beef. It is a symbol. A symbol of the work of the people, a symbol of our history and last but not least, one of the symbols of our country. And if we accept the “French paradox” as truth, it is also a medicine. Well, don’t expect miracles from the wine at a price of two levs a bottle. Besides coloring the tongue in pink.