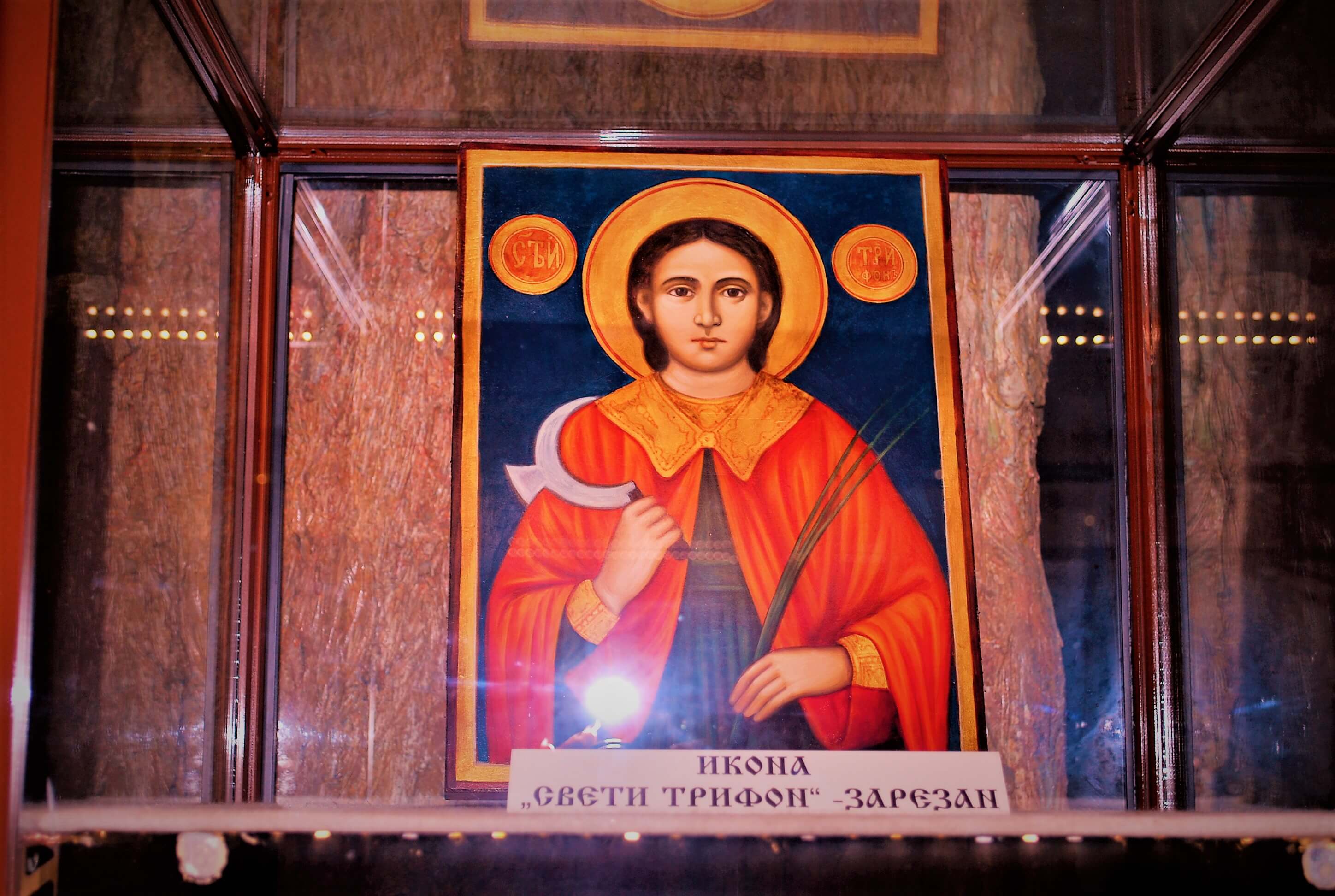 Тhe 14th of February is known worldwide as St. Valentine’s Day. However, this day has an additional significance in Bulgaria. In Bulgaria, February 14 is St. Trifon’s Day (also known as Trifon Zarezan) – the patron of winegrowers and winemakers. Despite the fact that a change in the Bulgarian calendar from old style to new style moved St. Trifon’s Day to February 1, most wineries still celebrate the day on February 14, which is the old style date. Trifon was born around 225 A.D. in the Roman Province of Phrygia (in nowadays Turkey).

Trifon was born in a Christian family and, hence, was a believer at a time when Christianity was not the official religion of the Roman Empire. He was said to have cured Emperor Gordian’s daughter from an illness and, thus, contributed to Gordian’s lenient attitude towards Christians. However, Gordian’s successor Trajan Decius launched a mass persecution of Christians, during which Trifon was captured and asked to renounce his faith. Trifon declined and the Roman authorities ordered for him to be decapitated. Thus, Trifon became a martyr of Christianity.

The connection with wine

There are a couple of legends that explain the link between St. Trifon and wine making. The first one simply states that Trifon became recognized as the patron of winegrowers because he was a winegrower himself and came from the area where the vine plant originated from.

Another legend describes Trifon as the brother of Virgin Mary. Trifon was pruning the vines, when Virgin Mary passed by on her way to prayer with her newborn Jesus. Trifon laughed at her for having an illegal child and in order to punish him Virgin Mary went to the village and told Trifon’s wife that Trifon had cut his nose at the vineyard. Trifon’s wife rushed to the vineyard to see her husband. Trifon laughed at the suggestion that he had cut his nose and explained that this was impossible because he was holding the pruning shears pointed downwards and not upwards towards his face. As he jokingly moved the pruning shears upwards, he accidentally cut his nose. This is the reason why St. Trifon’s Day is also called Trifon Zarezan in Bulgarian, with Zarezan meaning the cut, pruned one. 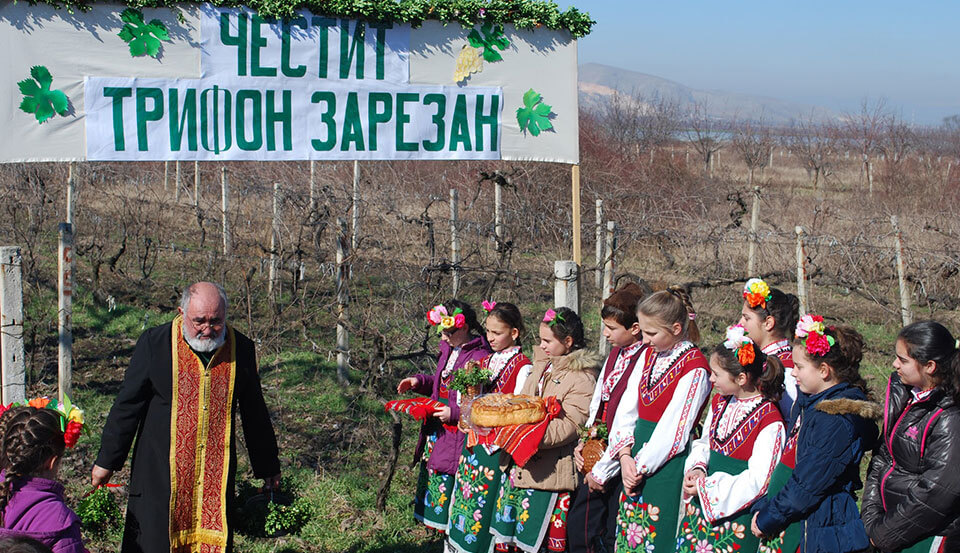 Traditionally, on St. Trifon’s Day bread has to be made, as well as roasted chicken stuffed with rice. The bread and the chicken together with some wine is what each man going to the vineyard should carry with him. When the vines are being pruned, wine is poured on the soil for fertility. After the pruning, each village appoints the “Wine King” who carries a wreath made from the pruned vine sticks. The Wine King then blesses the vineyards and wishes successful harvest to all producers. At the end, everyone gets together at the Wine King’s home and celebrates the day with a lot of food and wine.

Most wineries in Bulgaria still follow this ritual and observe St. Trifon Day (Trifon Zarezan) in this way. Usually, there is a procession to the vineyards where a priest blesses the vines and performs the pruning ritual. Then a Wine King is appointed who is easily recognizable by the wreath on his head. After the ceremony, the celebration continues at the winery with some traditional food, folklore music and, of course, a lot of wine.

After all, the patron of winegrowers has to be satisfied in order to bring good harvest to all. 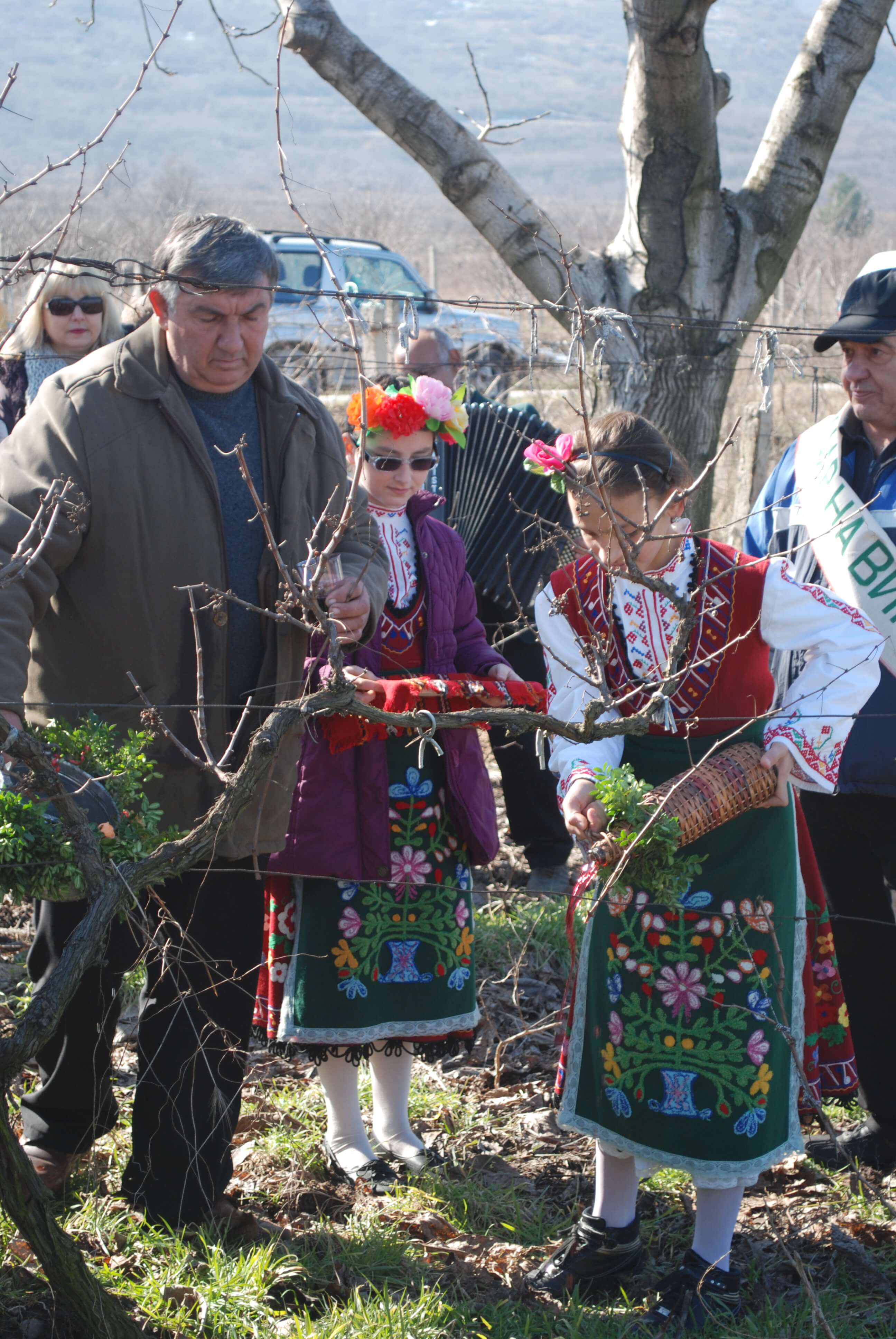